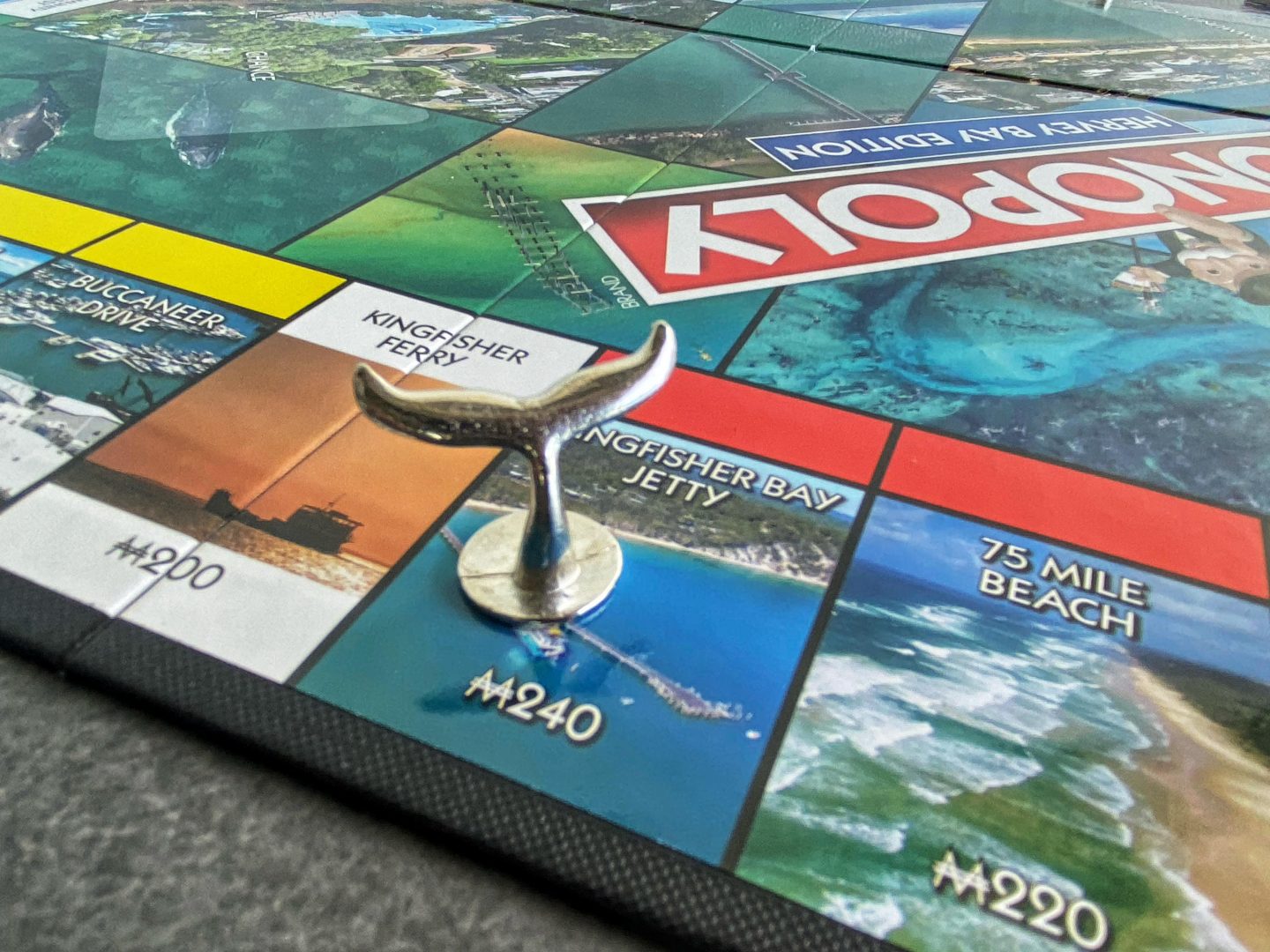 I don’t know about you, but at my house, we have several editions of  Monopoly scattered around the house and have enjoyed many games as a family over the years. I always enjoyed being the banker, even though the rest of the family usually screamed in protest. Voices told each other to hurry up and have their turn, and sometimes there were tears from the younger ones (ok, and the older ones too!) when another family member thwarted their attempts to buy properties. Yes, I have many fond memories that bring a smile to my face when I think of my family and Monopoly, which was why I was so excited at the thought of Hervey Bay having its very own edition.

That day has finally arrived!

Today, WCQ and Win Group officially launched the much anticipated Hervey Bay edition of Monopoly. Mr Monopoly was on hand to help officiate and throw the first dice to the delight of all those in attendance.

Glen Winney, Managing Director at WIN Group, came up with the idea of creating the local edition of the popular board game. Then the hard work to bring the project to fruition began when many of us would have probably given up. Well done to Glen and his team for persevering and putting us on the Monopoly map.

There was also a giant game board that was supplied by Monopoly who also provided the mascot suit too.

There are 3000 games for sale, and $5 from each game will be donated to Rally for a Cause.