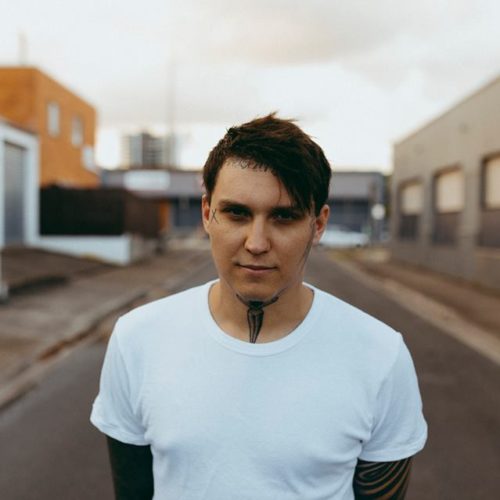 Arcane Echo is a Brisbane based Electronic Bass DJ that burst onto the music scene in 2014. He has been on tour to various festivals and locations from places like Pacha Sydney, Brisbane’s Shrine Family, Academy Perth, Defqon 1 Festival, over at the Wall in New Zealand. A few weeks ago he played at the Criterion Hotel in Maryborough much to the delight of the crowd. On the web page, it is said that he ‘Delivers blistering bass music brimming with hints of metal and hardcore tips via a solid tap of the LaunchPad’.

Arcane Echo, who’s real name is Josh, has always been musically inclined. From about six years of age, his mother put him in front of the piano and he began piano lessons. Throughout his school life, he also played drums, guitar, double bass, and Violin. He also spent four years in the Brisbane Conservatorium so you could definitely say that he has had classical and multi-instrumental training.

One of the many things that make Arcane Echo unique as opposed to other DJ’s is that his music features a Launchpad and a Maschine, as he produces music himself he wanted to expand the drum element of the music. This turned into creating videos online. From there he just started doing drumbeats and working on developing new sounds, these turned into complete songs, basslines, and melodies. For those that do not know what a Maschine and a Launchpad are they are basically drum samplers. They both allow you to play allocated sounds in real-time. The Launchpad just has more buttons. As for vocals, the majority of the vocals are done by other Artists, he considers himself more as a producer than a vocalist.

Arcane Echo is heavily influenced by cinema and film and likes to inject emotion and energy within the heavy music genre that he works in. Growing up he was the Emo kid always at the back of the class, this he has translated into his electronic projects.

The name Arcane Echo basically came from Google as he wanted his DJ persona to mean something that sounded mysterious. So Arcane Echo translates into Mysterious Noise.

One of the first things that you notice about the man himself is that he is literally covered in tattoos. Even though Josh says that appearance doesn’t matter he has experienced first-hand people’s various reaction’s to his look.

Josh likes the art of tattooing as he gets to design all of them himself and enjoys being able to express his own design and personality.

For the next three months, he is locked into touring within Australia in major cities and rural areas. All of the dates will be released on his Facebook webpage at: http://www.facebook.com/arcane.echo.music The rest of the Year will be spent in the studio producing more videos and more content for the public. Arcane Echo also has a strong presence on YouTube, Facebook and Twitter. – Story by Kim Parnell