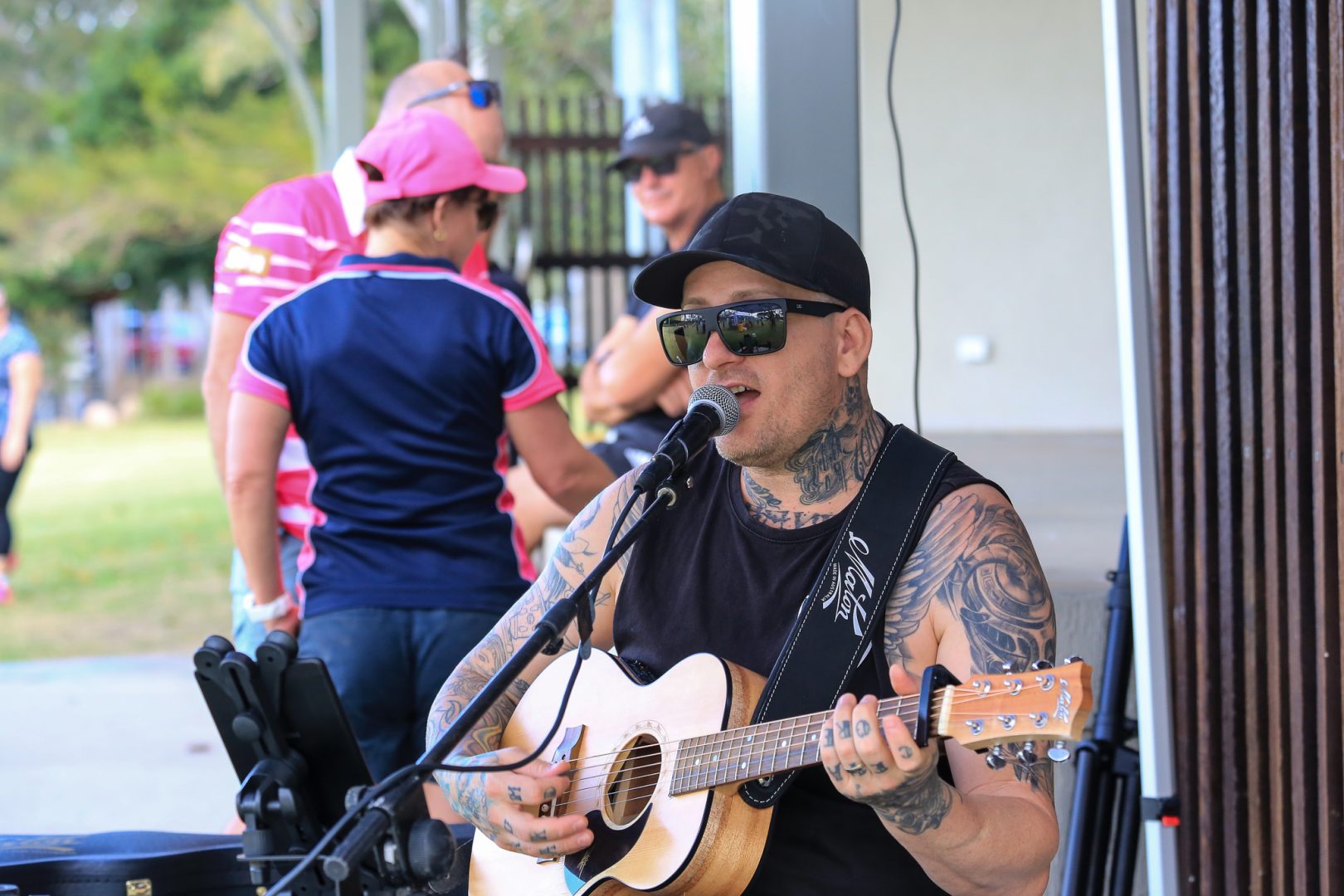 How long have you lived on the Fraser Coast? Tell us a little about your childhood?

I spent many years growing up here, but we also lived at other places such as Murphy’s creek and Clifton near Toowoomba. We moved back to Hervey Bay when I was eleven. When I was seventeen, I left vowing I would never return because there wasn’t much music-wise for me here then. When I was twenty-eight, I moved to Airlie beach and spent many years there. I have been back for four years.

How did you get into music?

I guess it started with my Mum being a singer/ guitarist, so growing up, I was around music from day one, which led to me becoming a muso. I played my first proper gig when I was around twelve and have never stopped.

Tell us a little about your teenage years?

I was fortunate to have parents who supported me in everything I wanted to do, I played rugby league for seagulls, and I loved it, but as I got older, music took over.

What genre of music do you play?

Well, I’m actually a drummer, and I love playing all styles, especially funk, dance rock and even reggae and, of course, anything heavy.

How much does music mean to you?

It means everything. I’ve played the drums for twenty-seven years, and I still love it. I’ve only played the guitar and sang for a couple of years, which has grown on me but still doesn’t compare to playing the drums.

Tell us a little about your wife’s illness and the effect that it has on a family?

My wife Brandi got diagnosed with stage three triple-negative breast cancer six months ago, and it has just been absolutely devastating and has turned our lives upside down.

If you had three wishes, either personally or professionally, for 2022, what would they be?

Just for my wife to get better and that my two boys Cody and Jack, are healthy and happy, that’s all that really matters to me now.

If anyone is in need of a muso for any kind of event, please don’t hesitate to email Shane at shaneallsopmusic@gmail.com or msg him on 0481 388 330.