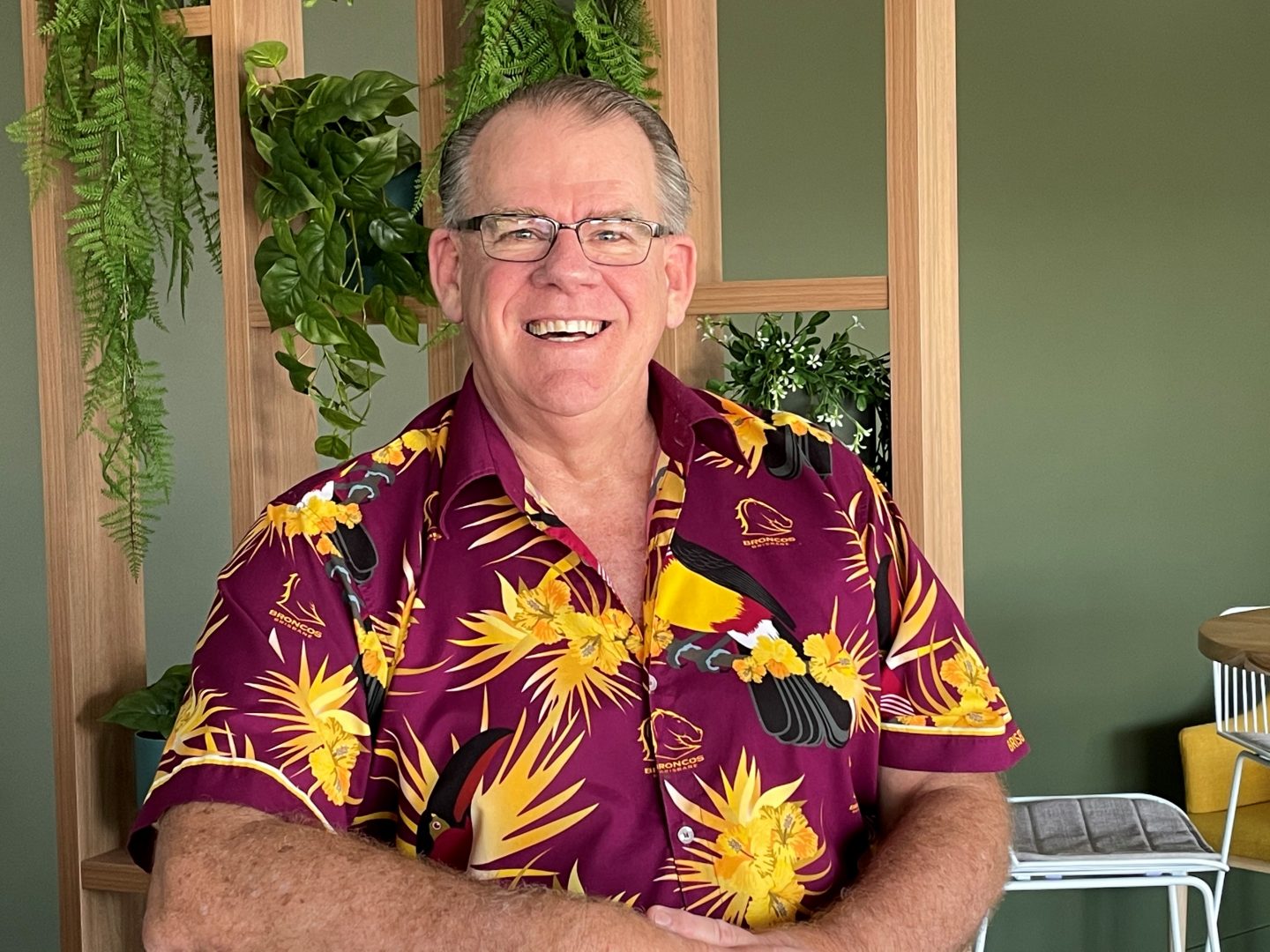 Robert Garland is larger than life. He was born in Esk and grew up on the Gold Coast through the 60s and 70s. It was a completely different lifestyle to the bustling city of today. Robert’s early memories included playing games of hide and seek in the Queensland bush, waiting to be captured by the seeker. In those quiet moments he would watch and listen to the amazing array of birds around him. He recalls “sometimes I would be so still that birds would land right next to me and start singing. It was magical”.

He was so compelled by this intimate connection to nature, that he started talking back to the birds and began a life-long obsession with bird calls. After years of practice and dedication, Robert could masterfully imitate most Australian birds including the kookaburra, cockatoo, peacock, pigeon, and emu. “I can’t do the whipbird. I tried and tried. But in bird terms, I am more of a warbler than a whistler”.

Craig Crozier was born in Sydney, grew up in Townsville and moved to the Gold Coast in his teens. He joined the Kirra Surf Lifesaving Club and attended Miami High School. Robert also attended Miami High School and was a member of the Palm Beach Surf Life Saving Club. In grade 11 they met and hit it off instantly. Their love for the surf helped them forge a lifelong friendship.

Robert reflected on the lead up to the Commonwealth Games, “Tracey had retired just before and this was her come back. She was so nervous and Craig, Mark and I wanted to help her get rid of that stress. The best way we knew to get rid of stress was through Australian larrikinism”. The ‘Birdman’ had the perfect medicine. While sitting around Craig’s house he introduced Tracey to the birds of Australia. And Tracey loved it.

Tracey overcame her nervousness and went on to win the 400m and 800m freestyle finals to become the Commonwealth Champion. Craig, Mark, and Robert were in the crowd at the Chandler Swimming Complex in Brisbane as Tracey waited to be presented her Gold Medal for the 400m freestyle by Queen Elizabeth II. The crowd was standing room only and they started to quieten as the Queen prepared to present the medals.

At that moment Robert, let out an almighty Kookaburra call and the crowd went wild in a joyous cheer. The Queen stopped and was slightly confused and annoyed by the noise. But Tracey looked up to the crowd and laughed, knowing exactly who was responsible. Robert joined Tracey at the closing ceremony and after party, where he would be introduced to other athletes as the Birdman, with Tracey calling on him to belt out a birdcall at every opportunity.

Robert’s joyous outlook on life is a lesson that we could all learn from. “Have a laugh, say or do something silly. Just go up to someone and bring a smile to their face. Looking like an idiot, is there a law against it? I do it every day. If there was, I would be in jail”. Hail to the Birdman.